Could You Help Save a Patient with Sickle Cell?

What do you know about sickle cell anemia? No, what do you really know?

When I was asked this question, my first answer was that sickle cell anemia is a genetic disease primarily in African-Americans and that patients with this disease are treated with blood transfusions from the general public. I believed that people with sickle cell could receive transfusions from anyone, but I learned this was far from the truth.

Emily Wilson, a supervisor at the American Red Cross Immunohematology Reference Lab, explained the complexities of blood transfusions in the treatment of sickle cell. 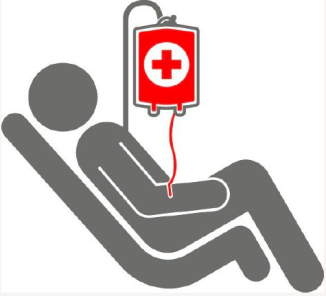 “When people think of blood types, they usually think of O positive, A negative, and so on,” she said. “The ‘A’ denotes a single blood group antigen carried on that donor’s red blood cell, and the ‘Rh’ type denotes another single antigen.”

These antigens are “protein and carbohydrate sugar structures anchored on the surface of a red blood cell,” said Wilson. It is these antigens that the immune system uses to detect self vs. non-self.

In regards to sickle cell, this means that a patient with sickle cell cannot take blood from the same person twice because doing so may lead to death for the sickle cell patient.

Wilson says this is because “when a patient who lacks a particular antigen is exposed to it through a transfusion,” the patient’s immune system then forms an antibody against the corresponding antibody.

In short, when patients with sickle cell are exposed to antibodies that their body has already formed from previous transfusions, exposure again to the same antibody acts like a poison in the system and could cause the recipient to die.

As part of the treatment for this disease, patients with sickle cell are transfused frequently, so it is important that they are not exposed to antibodies that they may already have.

To add to the difficulties in the treatment of sickle cell, it is necessary to find donors with the specific antigens required for the patient.

Because sickle cell is seen more often in the African-American population, it is “extremely important to recruit African-American donors in order to find units with compatible antigen profiles for these patients to be transfused safely,” Wilson said. 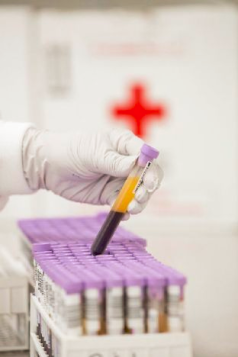 With sickle cell, patients have a variant of the Rh blood group system. “Since these variants are mostly found only in the African-American population,” Wilson continued, “donors of the same ethnicity are needed to find a compatible match.”

To help these patients, the American Red Cross has “instituted a molecular donor testing protocol to help find more of these rare donors.”

When a donor identifies as African-American, the donor’s blood is put through extended antigen testing to determine which antibodies are present. This testing allows the Red Cross to find compatible donor blood for sickle cell patients.

Thus, sickle cell patients who need transfusions can be assured that they will receive blood from compatible donors.

Blood is a constant need and is only available to those in need because of generous people who choose to donate blood. Please schedule your appointment to give blood at a blood drive near you, visit redcrossblood.org.