After retiring from the Dallas Police Department in 2006, Tom Elliott responded to a call for Red Cross volunteers to assist with Hurricane Ike. He was deployed to Galveston one week later.

Now he is the Region Logistics Lead and Emergency Response Vehicle Coordinator for the American Red Cross North Texas Region.

He volunteered in logistics along with a paid manager until she passed away 2012. After her passing, the Red Cross asked Tom to run logistics as a volunteer instead of hiring a new manager.

His work changed in 2013 when his daughter, Brandy, came to Texas following a surgery. Watching her father, she too became interested in helping at the Red Cross.

“She has become an important fixture as our region supply lead and (former) warehouse manager,” Tom said.

“We get along fantastic,” he noted when speaking about his working relationship with his daughter. “I could not run things without her tremendous help.”

Now this incredible father/daughter duo work, live and entertain together. Each year at the annual Red Cross Christmas party, Brandy and Tom dress up to bring smiles to the faces of children and adults alike. 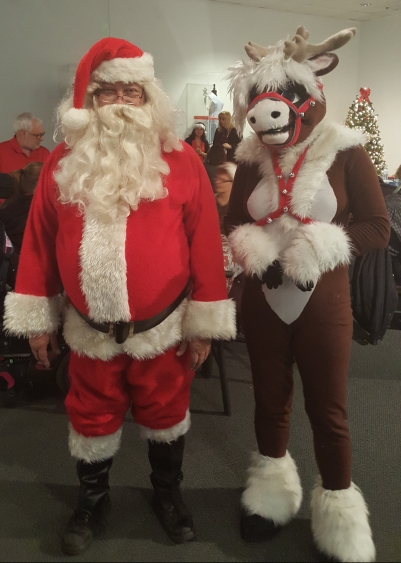 The Red Cross North Texas Region could not be more proud to have Tom and Brandy as part of the family. A dynamic duo that help make Red Cross operations run smoothly.

In honor of Father’s Day, thank you Tom for your service and for recruiting Brandy.

American Red Cross congratulates the US Coast Guard on over 231 years of service. Red Cross is a proud supporter of the military and veteran community.