My version of this would include slowing the car down, letting my son tuck and roll into his grandparents’ front yard and I go speeding into the breaking dawn for a free day to myself. Oh! That’s not how it works. Huh! I think I need to go the change.org and launch a petition on modifying the expectations of this Grandparents Day thing.

So what is and better yet why is there a Grandparents Day? The originator of National Grandparents Day, Marian (Herndon) McQuade from West Virginia, wanted to remind grandchildren to tap into the lessons and legacy from their grandparents and to encourage young people to spend time with the elderly in their communities. This brainchild of hers was born out of her spending her youth on her grandmother’s farm at the end of the day when her grandmother finished her work on the farm she would go into the community and check on the elderly Marian often tagged along with her grandmother and she thoroughly enjoyed those visits with the elderly. 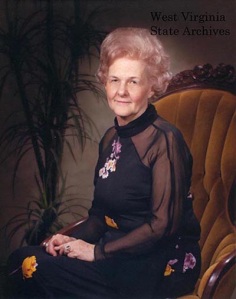 Marian began her work in 1956 by organizing a party for octogenarians in her community; she was an advocate for the aged. She felt that too often the elderly in the community were only seen during the Christmas holidays and were ignored the rest of the year. Simply she wanted another day to let the aged know they were appreciated. In 1973 her home state of West Virginia recognized a Grandparents Weekend and a few short years later, in 1978, President Jimmy Carter signed the executive order making the first Sunday following Labor Day, National Grandparents Day.

Generations of grandparents have left us a Red Cross organization that helps those when they need it most. Red Cross benefits from those lessons learned. The contributions aid the organization in modernizing processes to improve response times and how we’re able to provide services to disaster victims or military families.

Take the time this weekend to reflect on the pearls of wisdom passed to you from past generations. Grab your grand and get in on the #TakeAGrandie contest. Or, if your grandparents are living ask them about the Red Cross during their time and capture the memory on here.